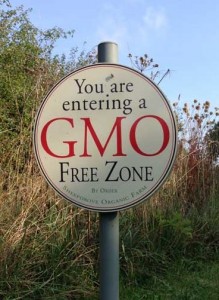 GMOs are coming to the UK

A week ago the European Parliament voted on legislation that was largely publicised as a GMO ‘opt out’.

The pro-GM lobby and biotech spin was that the new legislation would give Member States that did not wish to plant GMOs the option to remain GM-free.

There’s been a lot of disingenuous hand-wringing about how this is a win for ‘crazy environmentalists’ that will halt agricultural and free market progress in the European Union.

To paraphrase the Bard, “methinks you protest too much…”

Here’s what the new legislation really means for anyone in the EU who wishes to have food that hasn’t been whipped up in a lab, or who wishes to buy organic food and products guaranteed to be GMO free.

The new rules on ‘opting out’ of planting GMOs place multiple obstacles in the way of countries like Germany and France, that wish to stay GM free, while smoothing the path for pro-GM Member States – like the UK – to begin planting. With the new legislation, due to be adopted in the spring, even the GM-free status of Wales and Scotland, which have so long been at the forefront of GM opposition in the UK, is in doubt and those regions that have in the past declared themselves GM free will have no standing in law whatsoever.

In a letter released to the campaigning group Beyond GM prior to the vote, Defra (Department for Environment and Rural Affairs) junior minster Lord de Mauley, confirmed that:  “the government will ensure that pragmatic rules are in place to segregate GM and non-GM production”.

“Pragmatic” means as few and as weak as possible, with no rules on liability and nothing to protect organic and non-GM crops and habitats from being contaminated.

Although there are not yet commercial crops suitable for the UK that are ready for planting, there are some waiting in the wings for fast track approval. As a result none of us can feel confident of a GM free future for the UK.

What is likely to happen as this year progresses is that the Government will sweep away the Precautionary Principle, the “polluter pays” principle, indeed all legal and technical obstacles to GMOs in our farming and food, and this momentum will increase starting now.

Research institutions in the UK will gear up their GM crop trials and, using taxpayer money, plant more research field trials to benefit the GMO industry and private patent holders.

At the same time GMO ingredients and products are increasingly finding their way into the UK food system while the long running and ongoing scandal of supermarkets refusing to put GM labels on livestock products where the animals have been fed genetically engineered feed will deepen.

It is entirely likely that Syngenta’s GMO maize (GA21) with tolerance to the toxic herbicide glyphosate could hit our fields UK by 2016 and with that will come more pesticide use and greater adulteration of our food supply – as has been experienced in the US.

Defra’s letter assures that; “In the UK, the Government believes people should know what they are buying in shops or in restaurants.”

But this is just hollow rhetoric. Until GM-fed livestock products are labelled we cannot trust that either the Government or the supermarkets will act in good faith towards their citizens and their customers on GM issues.

GM crops might not be ready for planting in the UK this year but the ground is being prepared for them now; and the GMO creep onto our shelves and into our food is happening now.

There has never been a more urgent time for those who care about food and health to speak out. The unique visual petition is gaining momentum. If you haven’t participated already please add your face to the gallery of everyday activists (check out this video) who want to keep the UK GM free.

It only takes moments and if you don’t speak up for a clean, fair, ethical food and farming system now – who will speak for you when it all disappears?