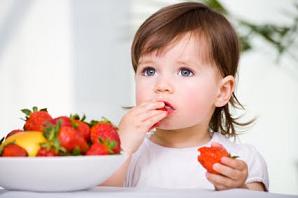 Natural Health News — A new analysis has shown, once again, the shocking extent to which our children are contaminated with pesticides.

The campaigning health and environmental group Générations Futures launched the third in its EXPPERT series of reports this week. (EXPPERT is an acronym for the French EXposition aux Pesticides PERTurbateurs endocriniens, which translates as ‘exposure to endocrine disrupting pesticides’).

As part of the report the group commissioned a small study of young children living and/or attending school in agricultural areas.

A lock of hair was taken from each of the 30 children participating in the survey, and was analysed by an independent research laboratory. The samples were collected by the child’s parents between October and December 2013 and the analysis was carried out in early 2014. The investigation tested for 53 pesticides that are suspected to be endocrine disrupting chemicals (EDCs).

It showed that children in a small-scale study in France have an average of 21 residues of endocrine disrupting pesticides in samples of their hair. In addition they demonstrated that:

“With an average of 21 residues of pesticides with endocrine disrupting characteristics in the hair samples analysed, the results show that our children are truly exposed to a considerable cocktail of chemical substances,” commented François Veillerette, spokesperson for Générations Futures and Chair of PAN Europe.

“We have taken note of the progress achieved in the proposed national strategy on EDCs, which takes into account the need to reduce the exposure to EDCs of the population. It is now crucial that the European Commission finally publishes protective and comprehensive EDC criteria, which will enable the EU Regulations on pesticides and biocides to be fully implemented,” he concludes.

Two previous EXPPERT reports have been published. The first report in March 2013 examined daily exposure to two families of endocrine disrupting (ED) insecticides: organophosphates and pyrethroids through cereal-based products (though of course these pesticides are also present in household insecticides, can be impregnated in bedding, carpets and soft furnishings and are also used as flea, tick and mite treatments).

Among the cereal-based food products, 75% of samples analysed contain pesticide residues – of which all contain one or several organophosphate or pyrethroid substances.

Among the non-food products, 108 of the 181 commercially-available items analysed in this report contained one or more organophosphate or pyrethroid substances at the time of the test.

Endocrine disrupters work in a different way from other toxins. They exert toxic effects at very low levels and are the antithesis of oft repeated mantra that “the dose makes the poison”.  In foetuses and children exposure to even small amounts can result in lifelong growth and reproductive problems, cancer and more.

A raft of recent studies have shown for example that exposure to neonicotioids can harm children’s brains. Earlier this year in the US Harvard researchers suggested that early exposure to toxic chemicals was casing a “pandemic of brain damage” in children. In 2012 the American Academy of Pediatrics recommended that children should have as little exposure to pesticides as possible, and issued guidelines for doctors to help them understand the issue.

The results of these EXPPERT studies add to our understanding of the omnipresence of many pesticides in our environment and how much the general population is exposed to them on an everyday basis. It also underlines the urgent need for preventative action to protect all of us, but particularly to protect children who are much more vulnerable to the effects of pesticide exposure.