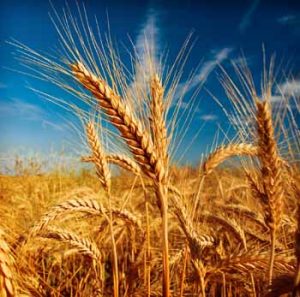 Wheat is routinely sprayed with glyphosate before harvest - leading to high residues in our food. [Photo: Bigstock]

Natural Health News — The European Parliament will today take a vote on whether or not the license for the controversial weedkiller glyphosate should be renewed.

The vote is on a resolution opposing the renewal of the license and comes in the midst of a great deal of controversy over glyphosate. Although it is a non-binding resolution, the outcome has the potential to influence the final vote on glyphosate renewal in mid-May.

This is an important vote for anyone who is interested in the way food and farming affects health.

In November 2015, the EU’s food safety agency (EFSA) judged that glyphosate, the active substance of Round Up, the most widely used herbicide in the world, was “probably not carcinogenic for humans”.

» European leaders vote today on a non-binding resolution to halt the relicensing of glyphosate in the EU.

» Glyphosate has been declared a probable human carcinogen by the World Health Organization and polls show that EU citizens would prefer to see it banned. Nevertheless officials in the EU continue to defend the use of the toxic herbicide and push for a renewed license.

» If today’s resolution is passed, it could have an important influence on the final vote on the relicensing of glyphosate in mid-May.

This position was contrary to the conclusions of the World Health Organization’s research institute IARC, which concluded in March 2015 that glyphosate was “probably carcinogenic for humans“.

The IARC evaluation relied on publicly available studies by independent scientists and was carried out as transparently as possible, publishing for example the researchers’ declarations of interest.

This was not at all the case with EFSA where 80% of EFSA researchers failed to publish their declaration of interest and EFSA based part of its conclusions on unpublished studies.

The European Commission nevertheless remains on course to re-approve glyphosate for the next 15 years.

Ahead of today’s vote, and to highlight the importance of the issue, around 150 Members of the European Parliament (MEPs) took part in a test to assess the level of glyphosate in their urine.

The inspiration behind what is being labelled the #MEPee test comes from a recent study in Germany which found that 99.6% of people tested were found to have glyphosate residue in their urine.

The highest levels were found in children aged from birth to nine and adolescents aged 10 to 19, particularly those raised on farms. Meat eaters also displayed higher levels of glyphosate contamination than vegetarians or vegans. The same researchers will also carry out the project for MEPs. The test results will be delivered before the final decision in mid-May.

There are alternatives to glyphosate

The use of glyphosate is linked to a highly intensive agriculture that is simply not sustainable. There are safer, non-chemical alternatives to glyphosate which have been proven to work.

Organic farmers have demonstrated time and time again that glyphosate is not necessary for productive farming.

Research shows that “when farmers adopt systematic approaches based on agroecology, there are large, and multiple, environmental benefits. These include reduced vulnerability to pests, diseases, and weeds, and hence reduced justification for the use of herbicides like glyphosate, or other pesticides. Research also shows that these systems are more resilient to drought, providing higher productivity, and are practical and profitable as well. And both research and working farms are showing that these methods can work commercially.”

The battle over glyphosate is not just about health – it is also about democracy.

A recent poll commissioned found that an overwhelming majority (64%) of people in the five biggest European countries are in favour of a ban on the controversial herbicide. Only 9% would favour its reauthorisation.

That politicians and regulators continue to ignore majority public opinion on this issue is a dereliction of duty which has profound implications for all of us.

Wheat is routinely sprayed with glyphosate before harvest - leading to high residues in our food. [Photo: Bigstock]