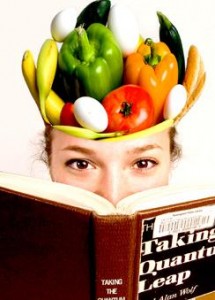 Natural Health News — The amino acid, asparagine, found in foods such as meat, eggs, and dairy products as well as some plant foods, has long been considered non-essential because it is produced naturally by the body.

However new evidence from Canadian researchers, published in the journal Neuron,  has found that this nutrient is essential for normal brain development. Its benefits are specific to the brain and do not appear to be necessary for other organs.

“The cells of the body can do without it because they use asparagine provided through diet. Asparagine, however, is not well transported to the brain via the blood-brain barrier,” said senior co-author of the study Dr. Jacques Michaud, who found that brain cells depend on the local synthesis of asparagine to function properly.

Spurred on by tragedy

The discovery of the essential nature of asparagine arose out of tragedy. In April 2009, a Quebec family lost one of their sons to a rare genetic disease causing congenital microcephaly, intellectual disability, cerebral atrophy, and refractory seizures. The event was even more tragic because this child was the third infant in this family to die from the same disease.

This tragedy led Dr. Michaud and his team to study the genetic abnormality responsible for this developmental disorder.

The team identified the gene affected by the mutation code for asparagine synthetase, the enzyme responsible for synthesizing the amino acid asparagine. Their work was the first to associate a specific genetic variant with a deficiency of this enzyme.

“In healthy subjects, it seems that the level of asparagine synthetase in the brain is sufficient to supply neurons,” Michaud said. “In individuals with the disability, the enzyme is not produced in sufficient quantity, and the resulting asparagine depletion affects the proliferation and survival of cells during brain development.”

Children who are carriers of this mutation suffer, to varying degrees, from a variety of symptoms, including intellectual disability and cerebral atrophy, which can lead to death.

Knowledge about gene mutations can be used to develop treatments. “Our results not only open the door to a better understanding of the disease,” Michaud said, “but they also give us valuable information about the molecular mechanisms involved in brain development, which is important for the development of new treatments.”

For example, asparagine supplement could be given to at risk infants to ensure an adequate level of asparagine in the brain and the latter’s normal development. “The amount of supplementation remains to be determined, as well as its effectiveness,” says Michaud.

He adds that since these children are already born with neurological abnormalities, it is still uncertain whether this supplementation would correct the neurological deficits.

Nevertheless the discovery shows we still have much to learn about the complex and subtle interplay of nutrients in maintaining health and driving normal development.

Given a good diet the body can generally make its own asparagine. However, it is also found in both animal and plant foods such as:

Not everything about asparagine is good however. A reaction between asparagine and certain sugars or reactive molecules produces carcinogenic acrylamide  in food when heated at high temperatures.

Acrylamide is not present in the raw foods and is not formed during steaming or boiling or (with some exceptions) microwaving. It is formed when foods are fried, roasted or baked at high temperatures.

Potato and cereal food products tend to have the highest amounts of acrylamide; meat products are lower in this substance because they have lower levels of the elements necessary for its formation. Thus acrylamide is most commonly found in things like French fries, potato chips, and crusty or toasted bread.