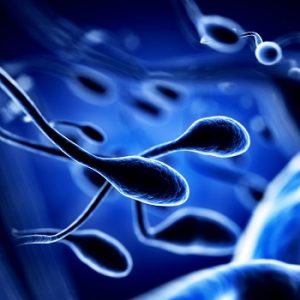 Male fertility is dropping alarmingly in many countries throughout the world. [Photo: Bigstock]

Sperm count in men from North America, Europe, Australia and New Zealand declined by 50-60% between 1973 and 2011, according to a new study from the Hebrew University of Jerusalem.

Surprisingly, the study, which analysed data on the sperm counts of 42,935 men, found no decline in sperm counts in men from Asia, Africa and South America, although there was limited data from these areas.

Overall, this is a very disturbing report. There has been a longstanding debate among scientists as to whether sperm counts have decreased or not. But what’s different about this study is the quality of the analysis.

It was done in a systematic manner, accounting for several of the problems that had affected previous studies, such as the method used to count sperm and comparing studies performed sometimes decades apart. As such, most experts agree that the data presented is of a high quality and that the conclusions, although alarming, are reliable.

So what is going on?

» A new and carefully conducted study into male fertility has shown that in many countries sperm counts have declined by 50% or more in the last few decades.

» The decline is so large that experts believe the most likely explanation may lie in environmental factors.

» Exposure to environmental pollutants, such as hormone-disrupting  bisphenol-A, while still in the womb substantially increases the risk to male reproductive health.

» If this trend continues, most men will be infertile by 2060, say the researchers.

In fact, if the data on sperm counts is extrapolated to its logical conclusion, men will have little or no reproductive capacity from 2060 onwards.

The most rational explanation for the decline in male reproductive health is the changes in the environment. Current research suggests that the male foetus is particularly susceptible to exposure to pollutants and so changes that occur early in foetal life can have a very significant effect on the adult.

What can be done?

The simple answer is that we need much more research to find out why this decline in sperm count is happening. We cannot be complacent about the potential negative effect on fertility and must now urgently rally to substantially increase the research effort into male reproductive health.

Also, although the prevailing evidence shows a decline in reproductive health, not all studies show this; there are some geographical differences.

It will be critical to determine what the key differences between geographical regions are – such as genetic differences and exposure to specific pollutants – so we can then examine treatment strategies to limit these negative effects.

If it’s the foetus that is mainly affected, what can the adult man do? Even in adults, exposure to chemicals, such as bisphenol A, which are thought to affect fertility, can have a negative effect, so men should limit their exposure to toxic chemicals. This includes stopping cigarette smoking. Also, a healthy lifestyle is very important as there is a known link between obesity and reduced sperm count.

Male fertility is dropping alarmingly in many countries throughout the world. [Photo: Bigstock]