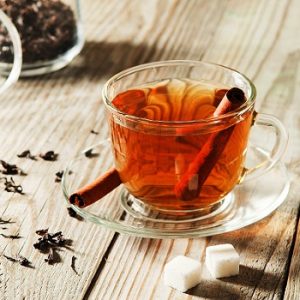 If you are suffering from painful periods consider reaching for the spice cupboard instead of the medicine cupboard.

Those painful pelvic cramps occurring just before or during menstruation, known in medicine as primary dysmenorrhea, can interfere with daily activities and can negatively impact a woman’s quality of life.

The cramping is generally associated with the production of prostaglandins produces in the uterine lining during menstruation, especially prostaglandin F2α (PGF2α).

While pharmaceuticals like ibuprofen may be the first choice for many women, some prefer to try and manage the pain naturally. One of the more effective remedies is cinnamon, which has long been recommended as a remedy to treat diarrhoea, dyspnea, impotence, vaginitis, rheumatism, and neuralgia, among other ailments – especially in Traditional Chinese Medicine and Ayurvedic medicine.

» Painful periods can be difficult to treat and may require a multi-pronged approach to help women find relief.

» While many women use over-the-counter painkillers to treat painful periods, high use of these can cause the same symptoms of nausea and cramping they are trying to relieve.

» Cinnamon has a long tradition of use as an analgesic in Chinee and Indian medicine and a few studies have emerged to suggest it can be an effective way to treat painful periods.

In a recent study Iranian scientists conducted a randomised, double-blind trial to assess the effects of cinnamon on menstrual bleeding and systemic symptoms in Iranian college students suffering from primary dysmenorrhea.

The study conducted at Ilam University of Medical Sciences in Western Iran, involved 76 women aged 18-30 years with moderate primary dysmenorrhea and regular menstrual cycles. The women were all generally healthy and none were taking oral contraceptives

Half of the women were given a placebo capsule and the other half capsules containing 420 mg of dried cinnamon bark powder. All were instructed to take 2 capsules, 3 times daily during the first 3 days of their menstrual cycle.

Pain severity and nausea was recorded throughout the study as were the number of vomiting episodes and the level of daily menstrual bleeding. At 24, 48, and 74 hours after treatment, mean duration of pain, nausea severity, vomiting, and amount of bleeding were assessed.

There were no adverse effects from taking the cinnamon.

In another study earlier this year the same researchers compared the effect of cinnamon to ibuprofen.

The study involved 3 groups of women one of which was given 420 mg of cinnamon, one was given 400 mg of ibuprofen, and another was given a placebo pill.

Both cinnamon and ibuprofen helped lower pain severity and duration, though ibuprofen has a small advantage

The cinnamon also appeared to work more slowly. After 4 hours there was no difference between it and the placebo, but after 8 hours the reduction in pan was significant.

So where does this leave us?

For women who don’t want to take over the counter pain medications there are clearly some advantages to cinnamon, even if works more slowly, it does seem to work and does not appear to come with the side effects that heavy ibuprofen use does including (ironically) nausea, vomiting, diarrhoea, indigestion and stomach cramps.

Cinnamon is a popular spice used all over the world. While there are many varieties of this tree, the most commonly used are Ceylon (Cinnamomum zeylanicum, or sometimes Cinnamomum verum) and Cassia (Cinnamomom cassia, also known as Cinnamomom aromaticaum) cinnamon. In the studies above the variety of cinnamon used was not specified.

You can tell the difference between the two by looking: Ceylon cinnamon is usually curled into layers of thin papery bark which are easy to break up. Cassia cinnamon is a curl of a single thick bark.

There are subtle differences in the flavours of the two varieties too. Ceylon cinnamon has a sweeter, more delicate flavour; cassia has a more pungent flavour and aroma that many of us associate with cinnamon. Indeed cassia, which is more plentiful and less expensive, is likely to be what you buy when you buy commercial cinnamon powder.

It’s not clear if there are any substantial difference in medicinal benefits and most studies seem to use the two interchangeably.

Cinnamon is a first-class antiseptic and digestive aid. It is rich in antioxidants, and has a mild analgesic effect which may be why one of its traditional uses is for treating pain, sore throats, fevers and inflammation.

There are three active chemical compounds found in cinnamon which are linked to its medicinal action – cinnamaldehyde, cinnamlyl alcohol and cinnamyl acetate. For anyone taking prescription blood thinners, be aware that cinnamon also contains some coumarin, a natural blood thinner. Cassia cinnamon has higher levels of coumarin, and is likely contraindicated for you.

Because cinnamon is a bark it should be slow boiled release its beneficial components. If you want to make cinnamon tea for yourself try gently boiling a Ceylon cinnamon stick (no need to break it up) in 1½ cups of water for 15-20 minutes, allow to cool for 10 minutes. Strain and drink neat or with some added honey and/or milk. Some healthfood shops also sell cinnamon teabags, which contain the finely chopped bark. Allow these to steep for 8-10 minutes before drinking

Start drinking cinnamon tea throughout the day before your period begins and through the first few days of your period to get the best chance of relief.

You can also look for cinnamon supplements. Most have been purified to remove coumarin – but always check if you have concerns.

Other things you can do

If you really want to help painful periods it may take a multi-pronged approach including:

Remember also that painful periods can be linked to stress, tiredness, food sensitivities or to depression and other emotional problems.