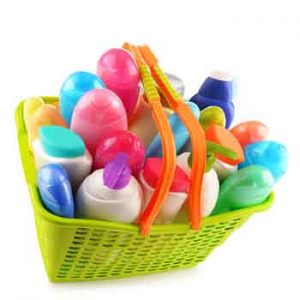 Fragrance chemicals get washed down the drain, but who is monitoring their environmental impact? [Photo: Bigstock]

Natural Health News — What happens to all those highly-fragranced products we use every day, when we wash them down the plug-hole?

Most of us assume they just go away ‘somewhere’, but Italian researchers have shown that they persist in our water.

Soaps, detergents, shampoos and many other personal hygiene products contain mixtures of synthetic fragrance molecules that have passed ‘safety’ tests for human health but with little or nothing known about their impact on the environment.

Researchers at the Ca’ Foscari University of Venice and the Institute for the Dynamics of Environmental Processes of the National Research Council (CNR – IDPA) decided to investigate the waterways in and around Venice to look for traces of these molecules which are referred to as ‘perfumes’ or ‘parfume’ in the ingredients of products that we use daily.

The results were published in the scientific journal Science of the Total Environment.

» Water samples taken in and around Venice showed that contamination with fragrance chemicals was widespread. Water treatment plants in Venice, as well as elsewhere in the world – are not designed to remove these chemicals

» The researchers note that one of the most frequently found compounds in the waters of the lagoon was benzyl salicylate, a known allergen which has to be indicated on the labels of cosmetic products which contain it.

Between April and December 2015, scientists repeatedly collected water samples from 22 places between the inner canals in the historic centre of Venice, the island of Burano and at two points in the far-north lagoon.

Traces of ‘scented’ molecules were found in all the sampling sites, including those more distant from inhabited areas. However, as the researchers note concentrations in inner city canals were up to 500 times higher than in more remote areas. Samples collected during conditions of low tide in Venice and Burano showed concentrations comparable to those of untreated waste water.

In Venice – a city without sewers – wastewater is treated through biological tanks which then flow directly into the canal. This method does little to lower concentrations of these chemicals in the water, giving researchers a real world view of the level of fragrance chemicals that reach the water.

The researchers say the study gives rise to several questions such as ‘Why do these fragrances persist in the environment?’ and ‘What is their possible impact on our ecosystems?’ – and note that answers to these questions are still not well studied. In fact most studies into fragrance chemicals look at levels in the air and how these can affect human health.

But, the researchers note, salicylates, oestrogenic and allergenic compounds, were in general the most abundant and widespread components found in the waters and one of the most frequently found compounds in the waters of the lagoon was benzyl salicylate, a known allergenic which has to be indicated on the labels of cosmetic products which contain it.

It has been known for some years that pharmaceuticals and chemicals used personal care products and are often filtered ineffectively by most wastewater treatment plants which are not designed to manage them.

Fragrance chemicals get washed down the drain, but who is monitoring their environmental impact? [Photo: Bigstock]