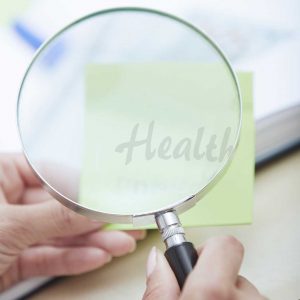 We are now well and truly into the New Year and it feels like there has barely been a break between the craziness of 2017 and what looks to be the wild ride of 2018. At the turn of the year I try to determine which health issues will be the most prominent over the coming 12 months.

For me it’s likely to be the science of the small; the subtle parts of life that can’t be seen with the naked eye but which nevertheless have a deep impact on our wellbeing.

For instance, scientists are now recognizing the deep connection between the body’s microbiome – not just bacteria in the gut, but in the mouth and on the skin – and its connection to our health. The more we learn about the bacteria we play host to the more we realise how little we know and how little respect we have shown our microscopic companions.

There will be continuing efforts to deal with microplastics in our waterways – and the health and environmental fallout from these.

UK and European groups are also fighting hard to see that there is adequate regulation for new genetic engineering techniques. Biotech companies argue that advances like CRISPR and synthetic biology are now more precise than ever and produce plants – and therefore foods – which are indistinguishable from non-GMO plants. But independent scientists argue that what something looks like and what it is can be two different things.

There is also a renewed effort to deal with particularly insidious and largely unseen toxins in the form of endocrine disruptors in our air and water and in our food and the products we use every day. This is a topic close to my heart and indeed providing a public platform for it was one of the reasons this website was started in the first place.

The issue of hormone disruptors has pitted the industrial world against consumer and environmental groups for many years. First there was denial that they existed, then denial that they had any effect, then denial that they had any significant effect. There has been resistance to regulating these chemicals both in the EU and in the US and confusion about how to regulate them. There’s also been frustration that regulators especially don’t know how regulate for mixtures of chemicals – or the ‘cocktail ‘ effect’ – which can be more powerfully disruptive than exposure to a single chemical.

A need for better regulation

There is now acceptance that many of the chemicals that we are exposed to every day have hormone-like action in the body that can disrupt these critical functions. Hormone disruptors get stored in body fat and levels can quickly build up.

With this come an urgent need for coherent regulation. But progress is slow because no single piece of regulation deals with all the hormone disruptors we are exposed to. Thus separate legislation/regulation exists for those from agricultural sources, those in consumer products, and those from other industrial sources such as pollution from factories.

Just before the close of 2017 the European Member States endorsed a proposal from the European Commission, the EU executive, that revises criteria to identify endocrine disruptors in agricultural pesticides.

The proposal by the EC’s Standing Committee on Plants, Animals, Food and Feed sounded like a step forward, but most environmental groups agree it is at best a compromise.

The EDC-Free Europe coalition repeatedly warned that criteria were not sufficient to protect human health and the environment. Activist group Health and Environment Alliance said the new criteria fall short, and are concerned about the “very high burden of proof required” to identify chemicals of concern.  Pesticide Action Network Europe agreed saying that the new criteria “will fail to meet the adequate level of protection foreseen by the European regulator”, adding that it was “doomed to fail” and reflecting that, once again, regulators are more interested in protecting big corporations than human health and the environment.

The science of the small is hard work, but we must keep moving forward because it’s often the small things that trip us up in such a big way.

On another note, most of you will have noticed by now that our website has now switched over to its new name, Natural Health News, and new ownership. We have been overwhelmed by the positivity and support of our visitors and social media followers and look forward to moving forward with you all. As always if you wish to unsubscribe from our occasional newsletter you can do so at the bottom of this form. However, we hope you will stay and show support for continued access to accurate and well-balanced information on health alternatives – and on environmental influences on health which often do not make it into the mainstream media.