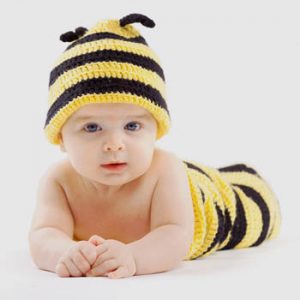 Pesticides like neonics and glyphosate have been shown to harm bees - and kids! [Photo: Bigstock]

Three pesticides down – many to go

Last week EU Member States have backed a proposal from the European Commission to ban all outdoor uses of three neonicotinoid insecticides.

As we have written extensively over the years, neonicotinoids, or neonics, have been implicated in the widespread death of bees around the world, including the UK’s population of wild bees.

The ban has not come out of the blue. In 2013 The European Commission voted to suspend the use of three neonicotinoid insecticides: clothianidin, thiametoxam and imidacloprid, pending more data on their toxicity to bees.

Since then, evidence showed that even application of neonicotinoids on non-bee-attractive crops led to exposure of bees, since these substances are highly persistent in the environment. In the meantime, the European Food Safety Authority (EFSA) published a series of reports highlighting that there is no safe use for bees for these three insecticides

By the end of this year, all three will be banned from use outdoors. They will, however, still be allowed in enclosed permanent greenhouses where exposure of bees is not expected.

Since their approval at EU-level in the 90’s, neonicotinoids have been increasingly shown to harm honey bees, other pollinators and the environment as a whole. Several studies also indicate toxicity to human health.

More work to do

The ban is to be welcomed and it is a rare victory for campaigners who seek a more ecological way of producing food. But we still have a long way to go. The EU has recently extended the licence for glyphosate, the toxic herbicide which was recently declared a “probable human carcinogen”. Glyphosate is also harmful to bees.

While glyphosate and neonics are the poster children for pesticides use, in fact many more toxic pesticides are used in agriculture, in gardening and for pest and weed control in parks, playgrounds and on city streets.

There is no doubt that pesticides make our world more toxic. Their use props up an industrial model of farming which harms the environment, contaminates our food and ultimately threatens our health.

Of all of us children are impacted the most by this toxic environment, which is why I was so pleased to come across a interesting new book: What’s Making Our Children Sick? How Industrial Food Is Causing an Epidemic of Chronic Illness, and What Parents (and their Doctors) Can Do About It (Chelsea Green, 2018).

The authors, paediatrician Dr Michelle Perro and medical anthropologist Dr Vincanne Adams present a convincing argument for how industrial food production – including pesticides and GMOs – are combining with other environmental factors to create a ‘perfect storm’ of health problems in kids.

Industrial food
Using patient accounts from their clinical experiences, and new medical insights about the origins of chronic paediatric disorders – and in particular looking at gut dysfunction – the fully-referenced book connects the dots and shows how dietary changes can help address some of the most hard-to-treat disorders that our children suffer from.

Their data on rising levels of ill health amongst US children makes stark reading, and it would be comforting to think that this problem of industrial food is not something we don’t have to worry about in the UK.

However, as this leaflet, Kids in the UK – A Picture of Health? – produced by UK group Beyond GM for the UK launch of Drs Perro and Adams’ book – shows British children are not thriving either. Their diets, half of which consist of “ultra-processed” foods, and much of which contains multiple pesticides residues, may be a contributing factor.

The book is a must read for all parents and a wake-up call for doctors, who often have no idea about – or training in – environmental medicine. You can read more about it in a just published interview on our site.

Our UK readers and supporters will also be given a chance to listen to Drs Perro and Adams at a special launch event for their book in London on May 24th (see also the link opposite). The evening event, kindly supported by the Sheepdrove Trust, will include ample time for Q&A, organic refreshments will be served and there will be plenty of information and other ‘food for thought’ to take away. Places are limited so if you are interested please book now.

I look forward to seeing you there.

Pesticides like neonics and glyphosate have been shown to harm bees - and kids! [Photo: Bigstock]