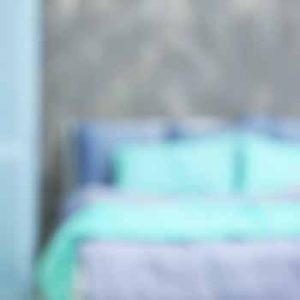 Natural Health News — If your neighbourhood is well-lit at night, you may not be sleeping as well as you should, according to a new study.

“Our world has become a 24/7 society. We use outdoor lighting, such a street lights, to be more active at night and to increase our safety and security,” said study author Maurice Ohayon, MD, DSC, PhD, of Stanford University in Stanford, California.

“The concern is that we have reduced our exposure to darkness and it could be affecting our sleep.”

For the study, 15,863 people were interviewed by phone over an eight-year period. They were asked about sleep habits, quality of sleep as well as medical and psychiatric disorders. Then, using night-time data from the Defense Meteorological Satellite Program, the researchers looked at how much outdoor light those people were exposed to at night.

» Light pollution can be found in any sizable city in the world and previous research has shown that it can disrupt sleep patterns and affect how we function during the day.

» A new study has found that people living in urban areas were exposed to night-time lights six times more intense than those in rural areas.

» This night-time light pollution resulted in urban dwellers sleeping fewer hours each night and being more dissatisfied with the quality of their sleep and reporting more fatigue during the day as a result.

People living in urban areas of 500,000 people or more were exposed to night-time lights that were three to six times more intense than people living in small towns and rural areas.

The study shows that night-time light affects sleep duration and was significantly associated with sleep disturbances.

People with high light exposure were also more likely to report fatigue than those with low light exposure, with 9% compared to 7%.

“Light pollution can be found in any sizable city in the world. Yet, excessive exposure to light at night may affect how we function during the day and increase the risks of excessive sleepiness,” said Ohayon. “If this association is confirmed by other studies, people may want to consider room darkening shades, sleep masks or other options to reduce their exposure.”

The results of Ohayon’s study were released prior to begin resented at the American Academy of Neurology’s 68th Annual Meeting in Vancouver, Canada, next month.