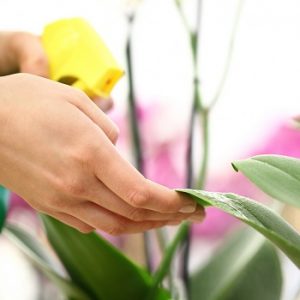 The added ingredients in pesticide formulations can make the mixture many times more toxic. [Photo: Bigstock]

Natural Health News — New regulations are needed to protect people and the environment from toxic pesticide ingredients that are not currently subject to safety assessments.

This is the conclusion of the first comprehensive review of gaps in risk assessments for “adjuvants” – ingredients added to pesticide formulations to enhance the function or application of the active ingredient. Ignoring the potential dangers of other ingredients in commonly used commercial pesticides leads to inaccuracies in the safety profile of the pesticide solution, as well as confusion in scientific literature on pesticide effects, finds the review published in Frontiers in Public Health.

“Exposure to environmental levels of some of these adjuvant mixtures can affect non-target organisms – and even can cause chronic human disease,” says Dr Robin Mesnage from King’s College London, who co-wrote the review with Dr Michael Antoniou. “Despite this, adjuvants are not currently subject to an acceptable daily intake and are not included in the health risk assessment of dietary exposures to pesticide residues.”

» Based on a review of current pesticide literature, UK scientists say “adjuvants” – ingredients added to pesticide formulations to enhance the function or application of the active ingredient – can make pesticides much more toxic.

» This applies to commercial agricultural pesticide as well as those used in homes and gardens.

» New regulations are needed to protect people and the environment from toxic pesticide ingredients that are not currently subject to safety assessments.

Regulatory tests for pesticide safety are currently only done on the active ingredient, which assumes the other ingredients have no effects. This means the full toxicity of a pesticide formulation – including those used in both agriculture and domestic gardens – is not known.

“Currently, the health risk assessment of pesticides in the European Union and in the United States focuses almost exclusively on the active ingredient,” explains Dr Mesnage. “Despite the known toxicity of adjuvants, they are regulated differently from active principles, with their toxic effects being generally ignored.”

Based on a review of current pesticide literature, the authors describe how unregulated chemicals present in commercial formulations of pesticides could provide a missing link between pesticide exposure and observed negative outcomes.

The researchers focused on glyphosate-based herbicides, the most used pesticide worldwide. They point out that this weed killer has so many different adjuvant formulations that a safety test of one weed killer does not test the safety of another.

“Studies comparing the toxicity of commercial weed-killer formulations to that of glyphosate alone have shown that several formulations are up to 1,000 times more toxic than glyphosate on human cells. We believe that the adjuvants are responsible for this additional toxic effect,” says Dr Mesnage.

The authors also looked at neonicotinoid insecticides – strongly suspected to be involved in the collapsing of bee colonies – as another example of adjuvant toxicity affecting non-target organisms. An adjuvant used in these insecticides to increase the penetration of the active ingredient has been shown to cause varying toxic effects in bees. On top of this, residues of the toxin have also been found in honey, pollen and beeswax produced by contaminated bees.

The need for precaution

In some investigations into chemical toxicity, the additive effect described in this study is known as the ‘cocktail effect’ – where combinations of chemicals can become more toxic than the sum of each individual chemical in the mix.

The authors hope their review will stimulate discussion on the toxicity of commonly used pesticides and encourage more thorough regulations.

“Testing of whole pesticide formulations instead of just active ingredients alone would create a precautionary approach, ensuring that the guidance value for the pesticide is valid for the worst-case exposure scenario,” says Dr Mesnage.

Their findings have already had a considerable impact. The European Food Safety Authority is now reassessing the validity of pesticide risk assessment in the EU, and authors hope that this reassessment can extend to entire commercial formulations of pesticides and their other ingredients.

The added ingredients in pesticide formulations can make the mixture many times more toxic. [Photo: Bigstock]