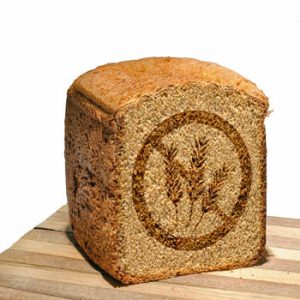 Studies show that gluten-free products can be less nutritious than conventional ones, often higher in fat, salt and sugar and lower in fibre. [Photo: Bigstock]

Gluten-free products – not as healthy as we think?

Gluten is a protein found in wheat, rye and barley and gives food a chewy texture and elasticity during the baking process.

For those with a confirmed allergy to it, such as coeliac disease, avoiding gluten is important. Gluten sensitivity – where people report gut reactions to consuming gluten-containing foods, even if they don’t have a diagnosed, or diagnosable, gluten allergy – also appears to be on the rise.

But cutting gluten-containing foods out of your diet entirely leaves a big nutritional hole and a recent flurry of studies looking into the general nutritional quality of gluten-free products has found they are often not as healthy as their conventional counterparts.

Their results – presented at the annual meeting of the European Society for Paediatric Gastroenterology, Hepatology and Nutrition – showed that, overall, gluten-free products were more energy-dense than their conventional counterparts.

» The ‘free from’ market for gluten-free products is growing in the UK and elsewhere.

» Some people need to avoid gluten-containing products – for instance those that have coeliac disease. But others may have a less easily definable intolerance or may simply be avoiding gluten for other health reasons.

» However, a recent series of international studies suggests that gluten-free products are less nutritious than conventional ones, often higher in fat, salt and sugar and lower in fibre.

The Consumentenbond found for example that in the Netherlands, crispbread maker Wasa’s gluten-free crispbread contains six times as much fat as the company’s whole grain variety; Koopmans gluten-free pancake mix is twice as salty as its 6-Grain pancake mix; and Peijnenburg’s gluten free breakfast cake has 30 kcals more per 100 grams than the regular breakfast cake.

At the same time, because flour is not used in gluten-free production, products tested were also found to be lower in dietary fibre than their gluten-containing counterparts.

While the Consumentenbond’s study focused on a relatively small sample of gluten-free and conventional products, its findings are borne out in earlier research.

The Dutch Celiac Society (Nederlandse Coeliakie Vereniging, or NCV), for example, conducted a study two years ago in conjunction with Wageningen University that also concluded gluten-free products have more salt, sugar and fats and less fibre than comparable conventional products.

No protection against disease

Many people believe that cutting out gluten will be protective against other types of disease. But in March 2017, Harvard University researchers analysed 30 years of medical data from nearly 200,000 patients and concluded that going gluten free did not, for example, protect against type-2 diabetes.

They found that most participants had a gluten intake of below 12g a day, which is roughly the equivalent to two or three slices of wholemeal bread. Within this range, those eating the most gluten had a 13% lower risk of developing type 2 diabetes compared with those eating the least (around 4g a day).

In May 2017 researchers at Harvard University again looked at data from nearly 120,000 people over 26 years and found that going gluten-free also did not cut the risk of heart disease. They warned that restricting dietary gluten may result in a low intake of whole grains, which are known to be beneficial for the heart.

Coeliac disease is an autoimmune disorder. It is caused by an improper immune response to gluten that, in turn, damages the lining of the small intestine. There is no cure for coeliac, and the only effective treatment is a gluten-free diet.

In the UK it is estimated that only around 1% of people are genuinely gluten-intolerant, but some estimates suggest that the proportion of adults adhering to gluten-free diets is more than 12%.

Little wonder, then that the ‘free from’ market is growing rapidly and expected to be worth £550 million in the UK alone, by 2019. Similar trends are being seen in other countries.

It’s still not entirely clear why some people are more sensitive to gluten than others. Earlier this year scientists in the US found that infection with a common but otherwise harmless virus, can trigger the immune system response to gluten that leads to coeliac disease, according to new research.

There has also been some speculation that many people are reacting to the pesticides used on cereals (such as glyphosate) rather than the gluten itself.

What is clear, however is that if you don’t need to cut gluten out you probably shouldn’t and if you do, especially if you have coeliac disease, you may need to make broader dietary changes than simply cutting out gluten. Much more careful attention to the nutrient balance of your foods, less reliance on commercial foods and perhaps more home cooking will help you know what is in your foods as well as giving you the nutrition you need order to maintain good health.

Studies show that gluten-free products can be less nutritious than conventional ones, often higher in fat, salt and sugar and lower in fibre. [Photo: Bigstock]