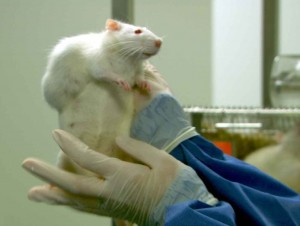 Have we been misled by Seralini’s GMO health risks study?

The well-publicised study by French researchers highlighting significant potential health risks from eating genetically engineered crops has been withdrawn (retracted) by the scientific journal which published it.

This follows a seemingly orchestrated campaign by pro-GM lobbyists and scientists. But the journal’s explanation is ambivalent: they found no evidence of fraud or intentional misrepresentation and said the results are correct. So is there a health risk or not?

The study, conducted by a team of researchers from the University of Caan led by Prof Gilles-Eric Séralini, found that rats fed Monsanto’s GM maize NK603 suffered severe toxic effects, including kidney and liver damage and increased rates of tumours and mortality.

Publication of the study in the Journal Food and Chemical Toxicology (FCT) in November 2012 led to a torrent of abuse and much criticism from pro-GM scientists and commentators; a robust defence from those opposed to GM; and a demand for more research and more regulatory transparency from concerned citizens and scientists.

In response to the controversy – which included accusations of fraud – Dr A. Wallace Hayes, FCT’s editor-in-chief,  instigated a review of the study including all raw data with which Prof Séralini fully co-operated.

As a result of this review FCT has decided to withdraw its publication of the study; in effect it no longer exists as a matter of scientific record and cannot be cited or used as scientifically valid evidence.

But does this mean that the findings were wrong and that we have all been misled?

It doesn’t seem so.

It is very important to note that these comments relate to the study’s findings regarding overall mortality and tumour incidence and not to its findings of chronic toxicity.

In which case the study’s finding; that males in the treated groups suffered severe liver and kidney dysfunction remain valid.

Liver congestions and necrosis were 2.5 to 5.5 times higher than in the control group. There were also 1.3 to 2.3 times more instances of “marked and severe” kidney disease.

Even if we set aside the mortality and tumour findings the evidence of chronic toxicity demands that the study is taken seriously and acted upon by the regulatory authorities.

But should we dismiss the indications of carcinogenicity in the light of FCT’s retraction?

No; for the following reasons:

It is clear that there are methodological drawbacks about Prof Séralini’s study although he has extensively explained and provided justification in letter published by FCT.

However, what his critics have not acknowledged – including FCT, the European Food Safety Authority (EFSA) and other regulatory bodies – is that his study was set up in the image of the trials used by Monsanto and accepted by EFSA as the basis for approving the genetically engineered maize (corn) NK603.

There is one significant difference: Séralini’s study is a long-term one and those supporting Monsanto’s maize ran for a maximum of 90 days. Therefore:

But this is an issue that goes way beyond the matter of publication in a journal.

We are being misled – but not by Séralini

If Séralini’s study is to be dismissed then so should the studies on which EFSA’s assessment of the safety of NK603 is based and its commercial approval should be withdrawn.

The study at the very least raises critical questions which are not going to go away because the GM lobby bullies a journal editor.

So have we been misled by Prof Séralini? Does his study provide evidence of a health risk from genetically engineered crops?

Prof Séralini is possibly guilty of poor PR, but not of misleading.

It would be folly to dismiss the questions his study raises and it is a dereliction of duty for those responsible for regulating GM to do so. The appropriate response to this study from these authorities is to investigate further with new, comprehensive and fully transparent research.

If we are being misled it is by those who insist there are no questions to answer and who manipulate public discourse to protect the GM industry – including its state funded research associates.