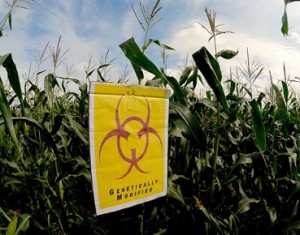 Revealed: GMO food should never have come to market

If you’ve ever wondered how genetically modified foods – which have so many question marks over their safety – came to market, a new book provides some startling answers.

In Altered Genes, Twisted Truth American public interest attorney, Steven Druker, reveals how the US government and leading scientific institutions have systematically misrepresented the facts about GMOs and the scientific research that casts doubt on their safety.

The book features a foreword by the renowned primatologist Dame Jane Goodall, who hails it as “without doubt one of the most important books of the last 50 years”. Both Goodall and Druker were in London last week to speak to the press about the book.

The book’s revelations come at a crucial time when the UK is considering the commercial planting of GM crops following the European Parliament’s decision to allow member states to opt out of the blockade that has barred them from the EU until now. Based on the evidence presented in the book, Druker and Goodall will assert that it would be foolhardy to push forward with a technology that is unacceptably risky and should never have been allowed on the market in the first place.

It also comes at a time when campaigners in the US are fighting for labeling laws and a ‘right to know’ what’s in their food. But the book is the result of more than 15 years of intensive research and investigation by Druker, reveals a situation so serious that our right to know needs to extend beyond food labels and into the very deepest workings of government and food regulation.

Pat Thomas, Director of campaigning group Beyond GM, which facilitated the press launch, said of the book’s revelations: “For a very long time, the pro-GM lobby have insisted that GM is a ‘science issue’. What Druker’s book shows us is that the regulatory processes that allowed GM foods to come to market are based on a perversion of science and that puts a very different spin on what a ‘science issue’ really means.”

Covering up the facts

Druker came to prominence for initiating a lawsuit against the US Food and Drug Administration (FDA) that forced it to divulge its files on GM foods. Those files revealed that GM foods cam to market in 1992 only because the FDA:

In Altered Genes, Twisted Truth Druker points out that if the FDA had heeded its own experts’ advice and publicly acknowledged their warnings that GM foods entailed higher risks than their conventional counterparts, the effort to bring GM food to market would have collapsed and GMOs would not have gained traction anywhere.

Druker noted: “Contrary to the assertions of its proponents, the massive enterprise to reconfigure the genetic core of the world’s food supply is not based on sound science but on the systematic subversion of science – and it would collapse if subjected to an open airing of the facts.”

At the press conference in London, Druker issued an open challenge the Royal Society – the UK’s premiere scientific institution, to confront the facts, apologise for the misleading statements that it and several of its prominent members have issued, and take earnest steps to set the record straight.

It is Druker’s assertion that in seeking to become part of the publicity and lobbying machine for GMOs, the Royal Society, and other organisations like it, has stepped outside the boundaries of acceptable behaviour for a scientific institution undermined good science and even been party to the scientific witch-hunt against those whose research shows significant problems with eating GMOs.

Not just a ‘science issue’

In her foreword for the book Jane Goodall commends it for countering the disinformation and providing much-needed clarity. She states: “I shall urge everyone I know who cares about life on earth, and the future of their children, and children’s children, to read it. It will go a long way toward dispelling the confusion and delusion that has been created regarding the genetic engineering process and the foods it produces…Steven Druker is a hero. He deserves at least a Nobel Prize.”

Pat Thomas, adds: “Under pressure from new legislation and the ongoing TTIP negotiations, the UK and the rest of Europe are on the precipice of making sweeping changes to their historical stance on GMOs. Much of our regulatory framework has been informed by foundations laid down in America in the early 1990s, and the belief that they got it right in terms of understanding the science of genetic modification. Steven Druker’s investigation into the history of fraud and deceit that ushered in the era of GMOs deserves serious consideration before we take actions that will irreversibly alter the European food supply.”

She concludes “GMOs are not a ‘science issue’ any more – they’re everyone’s issue”.