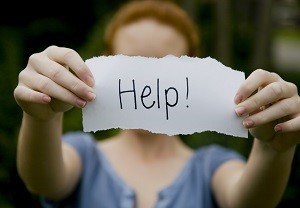 Treating symptoms of depression can help lower your risk of stroke, especially in women

Persistent depression isn’t just an emotional problem. New evidence shows it is also a physiological one associated with a significant risk of stroke in older adults.

According to recent research in JAMA, the Journal of the American Heart Association, depression can double the risk of stroke in the over 50s – and stroke risk remains higher even after symptoms of depression subside.

» Treating depression effectively can help, but the protective effect of reducing depressive symptoms may take some time to become apparent.

» The protective effect of treatment may be stronger in women than in men.

A doubling of stroke risk

Harvard University researchers studied data from 16,178 participants (ages 50 and older) who had been interviewed as part of the Health and Retirement Study and asked about depressive symptoms, history of stroke, and stroke risk factors every two years in 1998-2010.

Compared to people without depression at either interview:

A cascade of health problems

The new evidence shows that depression is an independent risk factor for stroke on a par with many of known risk factors.

For instance, previous research has shown that depression is associated with an increased risk of high blood pressure, abnormalities of the autonomic nervous system and increased inflammatory responses. Depression might trigger underlying vascular problems, including infection or atrial fibrillation, and depressed people are also more likely to smoke and be less physically active.

“Although we now know that depression strongly predicts stroke on par with many other major stroke risk factors, we still need research to understand exactly why this link occurs and whether we can potentially reduce stroke risk by treating depression,” said Maria Glymour, Sc.D., study senior author and an associate professor of epidemiology and biostatistics at the University of California, San Francisco School of Medicine.

Researchers did not evaluate whether depressive symptoms diminished because of treatment or for other reasons; but findings suggest that treatment, even if effective for depression, may not have immediate benefits for stroke risk.

“We were surprised that changes in depressive symptoms seem to take more than two years to protect against or elevate stroke risk.”

In addition the study showed that the protective effect of treating depression seems to have a stronger effect in women than in men.

Treating symptoms of depression can help lower your risk of stroke, especially in women