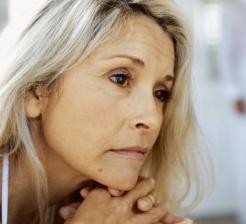 Natural Health News — The greater the anxiety level, the higher risk of having a stroke, according to new research.

Over a 22-year period, researchers studied a nationally representative group of 6,019 people 25-74 years old. Their results were published recently in the American Heart Association journal Stroke.

Researchers tracked strokes through hospital or nursing home reports and death certificates. After accounting for other factors, they found that even modest increases in anxiety were associated with greater stroke risk.

People in the highest third of anxiety symptoms had a 33% higher stroke risk than those with the lowest levels.

“Everyone has some anxiety now and then. But when it’s elevated and/or chronic, it may have an effect on your vasculature years down the road,” said Maya Lambiase, PhD, study author and cardiovascular behavioural medicine researcher in the Department of Psychiatry at the University of Pittsburgh School of Medicine in Pittsburgh.

Anxiety and depression both increase risk

Anxiety disorders are one of the most prevalent mental health problems. Symptoms include feeling unusually worried, stressed, nervous or tense. The current study is the first in which researchers linked anxiety and stroke independent of other factors such as depression.

Depression, however, is a related state and often sufferers may experience both states in a cyclic way.

Its still unclear what the link is. One suggestion is that the cause may be found in the body’s inflammatory and immunological processes (which are triggered by emotional stress) and their effects on our blood vessels.

Another came from a 2009 study that found a link between depression and body fat collecting around the organs in middle aged women. The authors suggest this accumulation of fat may be one way in which depression is linked to cardiovascular disease (CVD) and diabetes risk.