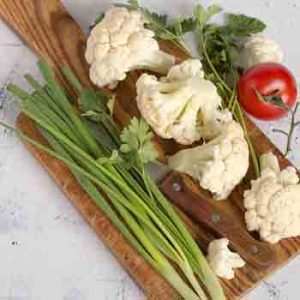 The paper, by researchers from the University of South Carolina in the US and University of Queensland in Australia, re-analysed specific data from the Australian Longitudinal Study on Women’s Health (ALSWH), which had previously been used to show an increased consumption of fruits reduced both the prevalence and the incidence of depressive symptoms.

Unipolar depression affects more than 151 million people worldwide, and by 2020 it is expected to become the world’s second most common disease after cardiovascular disease, according to the World Health Organization (WHO).

» A body of evidence exists to show that diet is an important influence on symptoms of depression.

» In particular emerging studies show that diets high in pro-inflammatory foods may exacerbate depressive symptoms. But this area of study is hampered by the need to find a consistent way of measuring the pro-inflammatory potential of the diet.

» Using a standardised method of measuring the inflammatory potential of a diet, researchers from the US and Australia have shown that most anti-inflammatory diet were found to have an approximately 20% lower risk of developing depression compared with women with the most pro-inflammatory diet.

Published in the British Journal of Nutrition, the study used information from the food questionnaires to help calculate the DII of the diet. These questionnaires helped the researchers spot pro-inflammatory components in the diet like energy, carbohydrate, protein, fat, saturated fatty acid, iron and cholesterol, and anti-inflammatory components like alcohol, fibre, MUFA, PUFA, omega-3, omega-6, niacin, thiamin, riboflavin, magnesium, zinc, vitamin A, vitamin C, vitamin E, folic acid, beta-carotene, garlic and onions. Results showed that the women in the survey had a slightly pro-inflammatory diet.

Depressive symptoms were measured using a scale based on self-reported symptoms such as worrying and difficulty sleeping and relaxing. The women were followed up five times between 2001 and 2013 and those with the most anti-inflammatory diet were found to have an approximately 20% lower risk of developing depression compared with women with the most pro-inflammatory diet.

“One possible explanation for this observed association could be through the effect of pro-inflammatory dietary components on insulin resistance, which in turn could increase activity along the hypothalamic-pituitary axis of brain,” he said.

“These include blunted immune response and changes in levels of neurotransmitters in the brain, which in turn result in depressive disorders.”

Shivappa says these preliminary results need more study to confirm the link. However, as we have previously reported, a body of evidence does already exist to show that  the risk of depression drops with higher intakes anti-inflammatory nutrients such as folate, omega-3 fatty acids and monounsaturated fatty acids; foods such as olive oil and fish; and a diet rich in fruits, vegetables, nuts and legumes.