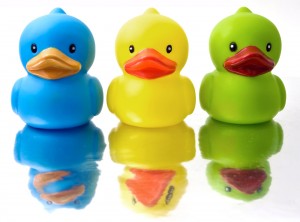 Are we too soft on plastics?

It is impossible to talk about health these days without talking about how our environment plays into many modern health problems.

As a consequence we spend a lot of time on ‘chemical watch’ – keeping abreast of studies and media reports on industrial chemicals that find their ways into our lives and our bodies.

In the news recently the issue of phthalates has raised its head. A lengthy recent article in the Guardian newspaper asks “How bad are they really?”

I’m tempted to ask “How little have you been paying attention?”

In the last decade we have become increasingly aware of the ubiquity of phthalates,  which are used in soft plastics, but also as binders and fixatives in everyday products such as household cleaners and air fresheners. Phthalates for instance give lasting power to home fragrances and to perfumes by literally sticking them to you (or to surfaces). The widespread detection of phthalates is not just in the environment but in our bodies as well and even government reports show them to be highly toxic.

In particular phthalates are hormone disrupters and reproductive toxins.

This has led to legislation both here and in other countries to ban some of the worst phthalates in products intended for children such as bottles and pacifiers and toys.

Phthalates is a large class of chemicals and, amazingly given their widespread use, many types have yet to be tested for human safety.

However these same phthalates are allowed at any concentration in other types of EU products (such as school supplies) and other phthalates are not restricted. Indeed, surveys have shown that in spite of these bans phthalates, which continue to be used in other types of products, can linger in the air and dust in our homes and children become exposed to them via these routes.

Interestingly phthalates can get into our food through unexpected routes. When cows are milked, for example, the plastic tubes that take the milk from the cow to the container contain phthalates. Because phthalates are fat soluble, they cling to the fat in the milk and can end up as contaminants in our milk.

How bad are they?

Recent research has shown a connection between phthalates found in cosmetics and plastics and the risk of developing diabetes among seniors. In another exposure to phthalates – those endocrine disrupting chemicals commonly found in personal care products such as moisturisers, nail polishes, soaps, hair sprays and perfumes – could increase the risk of diabetes in women.

They are also among the chemicals known to be ‘obesogens’ – substances that promote weight gain. Indeed a recent study found that more than 97% of the children had been exposed to monoethyl phthalate (MEP) and other low molecular-weight phthalates typically found in personal care products such as perfume, lotions, and cosmetics as well as varnishes, medical devices and drug and nutritional supplement coatings. The team also found an association between concentrations of these phthalates with obesity and overweight in children.

This information is very bad, and it’s not as if any of it is new. And yet every new study, every new story is treated as if it has come out of the blue. If we are ever to make progress on issues such as toxic chemicals then we need to take seriously, and see as a whole, the catalogue of data that already exists. Then – ignoring the continual whingeing of industry about how unfair it is – take more decisive action.