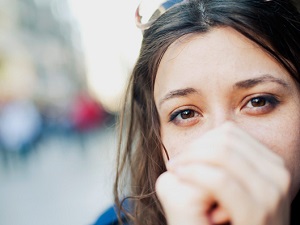 Homoeopathy can help lift the gloom in cases of mild depression

Depression has many causes.

These can be emotional, psychological, physiological or even environmental. It can strike at any age but is most common people aged 25 to 44.  Depression also has many shades, from mild and intermittent to deep and unyielding

Whatever its root cause conventional medicine, tends to treat all experiences of depression in the same way, with antidepressant drugs.  This is largely because of a belief that depression is purely the result of chemical imbalances in the brain.

The most common medications for depression these days are antidepressants which help to rebalance our mood hor­mones, commonly selective serotonin reuptake inhibitors (SSRIs) and less often, the tricyclic antidepressants (TCAs). However, their effectiveness, particularly in mild or very mild depression is questioned by modern research and most health authorities recommend that such drugs are not prescribed routinely.

Alternative medicine takes a different approach, looking at the whole person and what it is that is unbalancing their moods. Talking cures such as psychotherapy and counselling have a good record in treating depression, can be at least as effective as drugs, and are a good first line of treatment for anyone suffering from depression.

Herbal treatments also work in a similar way to conven­tional antidepressants although usually with a lower rate of side effects: they often have a combination of active ingredients as opposed to the synthetic medications, which are single substances in a poten­tially more potent form. We have previously looked at gentle herbs that can help lift depression.

A recent study has also found that individualised homoeopathic medicine is of significant benefit to women experience moderate to severe depression in the peri-menopause and menopause.

According to the British Homeopathic Association there are many homeopathic med­icines that can be used to treat the numer­ous symptoms of depression (and the anxiety that often goes hand in hand with it). It is, of course, important to make sure that your symptoms are not due to another illness such as an underactive thyroid or a stomach ulcer, so please consult a healthcare professional before starting homeopathic treatment.

While the evidence is that individualised homoeopathic treatment gives you the best chance of shifting moderate to severe depression, for milder forms of depression, some more general remedies may be of use.

Arsenicum album
For someone with all the symp­toms of anxiety with depression, partic­ularly when there are gastric symptoms of indigestion and diarrhoea, combined with panic attacks.  Somebody doing well with Arsenicum will probably be neat, tidy but restless. They may look anxious and drawn and tend to have a fastidious way about them, being able to give a lot of detail to their symptoms.

Arsenicum patients can be convinced that they have a physical illness which is being missed and may have had a num­ber of investigations such as endoscopy and colonoscopy before finally addressing their depression. Fear is a prominent symptom, causing apprehension and dread, with an over­whelming feeling that everything will go wrong, and they despair of their recovery. Try a 30c dose, three to four times a day, with Aconite 30c taken as needed if they are having additional panic attacks.

Ignatia
Where depression follows from bereave­ment, loss, or a shock, such as witness­ing a fatal road accident. The symptom picture is typified by emotional ups and downs with mood swings and is often quoted in homeo­pathic reference books as “laughter alter­nating with tears”. Often the sufferer can prove difficult for friends and loved ones to deal with as they are SO up and down, being resist­ant to sympathy and oversensitive to well-meaning advice, which may be wrongly taken as criticism.

Ignatia patients tend to “bottle things up” and cry and give deep sighs during the course of their con­sultation. Poor sleep is common and so is the feel­ing of a ball or something stuck in the throat, known conventionally as globus syndrome. Try a 30c dose when needed. Your homoeopath may prescribe a 200c on a weekly or monthly basis for per­sistent depressive symptoms.

Natrum muriaticum
Another remedy that can bottle things up and a remedy frequently used for symptoms of stress, such as those typified by mild depression. Useful when a person has never been well since a shock or loss and feel as if they have a glass wall between them and the rest of the world. Often they have been unable to cry since bereavement and feel that they have not grieved properly for their loss. They feel worse for sympathy yet are very empa­thetic people.

They have a strong sense of duty, but can find themselves overwhelmed by responsibility and feeling that they should be doing more, not less, and feel they must “just get on with it”, and yet feel more and more tired and low in spirit as time goes on. Try a single daily 30c dose until symptoms improve.

Sepia
A remedy for when all energy is drained, and the person feels that they are unworthy of anybody’s love or attention, often useful in menopause and post­natal depression and for women who are sad, silent, solitary individuals, completely lacking in zest. Tears are never far away and a feeling of having to keep emotions under control otherwise one will have to scream is typical of the strain that such people can feel.

There is a wish to keep busy but with no incentive to do so and these patients can spend hours sitting motion­less in sadness. Libido can be low and the person tend to feel chilly and they can either feel incred­ibly hungry, being unable to ever feel full or have nausea at the mere smell of food. They often have a sinking, or “all­ gone” feeling in the pit of the stomach, espe­cially when they wake, which is not relieved by eating. Try a 30C dose 2-3 times a day until symptoms improve.

There are many more homoeopathic treatments that may be of benefit. If you’d like to find our more, consult a qualified homoeopath to discuss which is best for you.

Homoeopathy can help lift the gloom in cases of mild depression