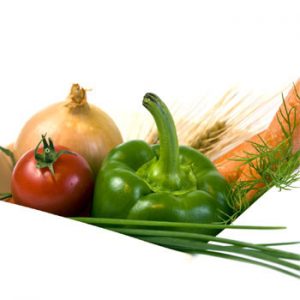 People who regularly consumed the most organic foods had an overall 25% lower cancer risk than those who consumed the least. [Photo: Bigstock]

Natural Health News — New research suggests that people who frequently eat organic foods have a lower overall risk of developing cancer, suggesting that paying a little extra for organic fruits and vegetables might pay important dividends in the long run.

A closer look at the data showed that eating more organically-grown foods was linked to a 21% reduced risk of postmenopausal breast cancer, a 77% decreased risk for all lymphomas and an 73% reduced risk for non-Hodgkin lymphoma, said lead researcher Julia Baudry, lead researcher and a scientist with the Center for Research and Epidemiology and Statistics at the Sorbonne Paris Cite.

Studies have shown that pesticides can increase DNA damage, and disrupt the endocrine system – both of which can increase risk of many cancers.

For this study, Baudry and her colleagues analysed data from a large group of nearly 69,000 French adults taking part in an ongoing study of the associations between nutrition and health. More than three-quarters of the volunteers were women who were, on average, in their mid-40s.

The participants all filled out questionnaires regarding their consumption of organic products and were then categorised into four groups depending on how often they reported eating 16 organic products, including fruits and vegetables, meat and fish, ready-to-eat meals, vegetable oils and condiments, dietary supplements and other products. Study participants were followed for an average of four and a half years.

During the course of the study they also filled out annual questionnaires on the status of their health, including instances of cancer.

The researchers found that the benefits of a diet higher in organic foods remained strong even after taking into account other risk factors for cancer including such as sociodemographic, socioeconomic and lifestyle factors, as well as family history of cancer, or healthier diet in terms of nutrients and food consumption.

Other trials have shown that after  switching to an organic diet the body can very quickly and efficiently clear pesticides from the system – in as little as two weeks.

The new findings are consistent with several recent studies linking pesticides to cancer and help to create an increasingly clear picture of the risk of low level exposure to pesticides through diet.

In 2015, the International Agency for Research on Cancer classified three pesticides frequently used in agriculture – glyphosate, malathion, and diazinon – as probable carcinogenic to humans (group 2A) based on evidence from studies of occupational exposure in humans and laboratory studies in animals.

The lymphoma finding is consistent with previous studies of occupational exposure and findings from the Million Women Study in the UK, which also linked self-reported organic food intake to a 21% lower risk of non-Hodgkin lymphoma.

An investment worth making

Many authorities were quick to point out that the results of this study should not discourage intake of conventional fruits and vegetables, if organic is not available or too expensive.

There is no question eating more fruits and vegetables – and doing what you can to remove surface pesticides – is better than not eating them at all and studies which show benefits from higher fruit and vegetable consumption, for example, rarely use organic produce.

Nevertheless, there is evidence that organic foods are also higher in some protective substances such as antioxidants and healthy fats, something which may be influential but which was not looked at as part of the current study.

Baudry and her colleagues conclude, “If the findings are confirmed, promoting organic food consumption in the general population could be a promising preventive strategy against cancer.”

Our view is that governments and health authorities concerned with spiraling healthcare costs in populations whose overall health is declining, would do well to consider how they might put more investment into organic agriculture and into making sure that this type of healthy produce is available and accessible to all.

People who regularly consumed the most organic foods had an overall 25% lower cancer risk than those who consumed the least. [Photo: Bigstock]