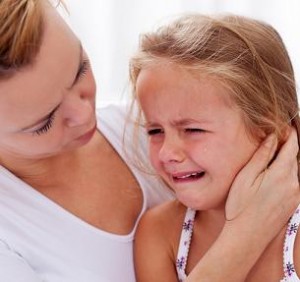 There are safe and effective alternatives to antibiotics for childhood earache

Relieving the pain of earache

Earache is particularly common in children and is often a painful and distressing problem. Adults are less likely to experience earache and ear infections than children, but it is not unheard of.

The pain of earache is caused by inflammation, or a build up of fluids causing pressure on the eardrum.

Almost every child has had at least one ear infection by the time he or she is six, and for many frequent recurrences are a major problem.

A variety of causes

Not all earaches are due to infections. During a cold many people complain that their ears feel stopped up or that they experience twinges of sharp, brief pains. These symptoms are generally transient and mild and are due to pressure differences on either side of the eardrum caused by the inflammation and fluid secretion that accompanies a cold.

Pressure changes also account for earaches that happen in airplanes or in cars driving up or down a mountain. Some people get earaches whenever they are out in a cold wind or swim in cool water.

Sore throats can cause earache as well, as can a build up of earwax or fluid (known as glue ear).

If you are suffering from persistent earache it could also be due to allergies. Chronic allergies can cause  inflammation and fluid build up; identifying possible allergens and eliminating them from your diet or environment can often solve the problem.

One such trigger could be the overuse of air-fresheners and other fragranced products. In one large study in the UK, where air fresheners – including sticks, sprays and aerosols – were used every day, babies had more diarrhoea and more earache. Likewise a study of 132 daycare students found that the 45 children exposed to cigarette smoke at home had a 38% higher risk of middle ear infections than the 87 children whose parents didn’t smoke.

When to seek professional help

If you are uncertain of the cause of earache, consult a healthcare professional. Once you are sure of the cause you can then choose how to treat it.

The most common cause of earache is viral (and for this reason antibiotics, which only fight bacteria, are not effective). In the vast majority of cases, the earache will resolve itself fairy quickly and with the aid of simple remedies to reduce any fever and relieve pain.

Medical attention should be sought if there is no improvement after 72 hours and any pain or swelling in the bony area behind or under the ear requires immediate medical attention.

The presence of a discharge from the ear indicates a perforation of the ear drum. Care must be taken to prevent the entry of water, shampoo, etc, until the drum has fully healed.

Any residual hearing loss, after the acute episode is over, should be professionally assessed: this can easily go unnoticed in children. Recurrent earaches can result in permanent hearing loss so constitutional treatment by a qualified alternative therapist should be considered to prevent attacks recurring.

Almost anything you do to fight the infection will fight the earache as well. Likewise anything you can do to provide comfort – for instance a warm not hot) heating pad or a flannel rinsed with warm water on the affected ear, will help. Try these gentle alternatives:

Garlic Studies have shown that garlic is a great antimicrobial and can be very effective for relieving earaches and can be employed in a number of ways. Garlic oil (which is simply garlic infused into olive oil) can be warmed and used in the ear as ear drops. Even better is a combination of garlic with mullein flowers and/or St. John’s wort and calendula which has been shown to be as effective as a standard anaesthetic ear drop product (ametocaine and phenazone).

Echinacea Add echinacea tincture to the above infusion to help prevent infection developing.

Mullein oil Add a few drops slightly warmed to a piece of cotton wool and place gently inside the outer ear.

Elderberry Taking a syrup made fro elderberries has been shown to help boost immunity and is a useful general anti-infective.

Choose the homoeopathic remedy that best matches the symptoms.

Aconite 30C Sudden attack of earache after exposure to cold winds. Child is anxious. Pain is worse at night. Three doses a day for 2-3 days.

Chamomilla 30C Earache in teething children. Child is whining and intolerant, the pain feels unbearable to them. One cheek looks red. Three doses a day for 2-3 days.

Ferrum Phos 6X Helpful at the beginning stage of inflammation when there are few distinguishing features. Ear feels hot and looks red. One dose every three hours.

Hepar Sulph 30C Useful for very painful earache with sharp, stitching pains in the ear. Pains are worse at night and on swallowing. Earache in adults. Patient may be feverish, irritable and sweaty.Three doses a day for 2-3 days.

Kali Mur 6X Blocked up feeling in the ear; earache comes on after a cold. This may be useful after the pain has subsided but hearing is impaired by catarrh. One dose of 6X potency three times a day for ten days.

Pulsatilla 30C Pain as from pressure in the ear. Pains worse from warmth and at night. Child is weepy and and clingy and feels very sorry for themself. Thick yellow discharge. Three doses a day for 2-3 days.

Lavender (Lavandula angustifolia)  Put 2 or 3 drops on a small cotton ball and place in the outer ear to soothe pain and reduce inflammation. Or dilute three drops of lavender oil in 10mls of a base oil to gently massage in around the ear area.

Sweet basil (Ocimum basilicum) Put 2 or 3 drops of oil on a small cotton ball and place in the outer ear (do not place oils directly in ear, the vapour from the cotton ball will penetrate and reach the infection).

Zinc is a nutrient that plays critical roles in the proper functioning of the immune system and some studies show a benefit from supplementation.

Probiotics While not all studies show benefit specific probiotics such as Lactobacillus rhamnosus GG and Bifidobacterium lactis Bb-12 may help reduce the risk of early acute otitis media and antibiotic use and the risk of recurrent respiratory infections during the first year of life.

Vitamin C is a nutrient that is critical for proper functioning of the immune system. Ensuring adequate intake may help reduce the occurrence and speed healing of earache.

There are safe and effective alternatives to antibiotics for childhood earache