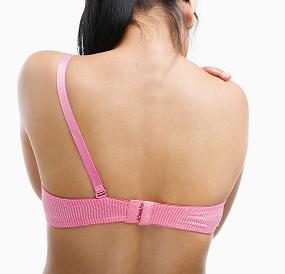 Minimising your risk of breast cancer

When it comes to preventing breast cancer we have all been conditioned to believe that annual mammograms are the best way to go.  But is this true?

Data published this year suggests that it may not be – at least for some women.

A 25-year Canadian study published in BMJ Open in February 2014 showed that mammography failed to reduce breast cancer mortality in women, ages 40 to 59, compared with physical examination or routine care.

The evidence suggested that women who had regular screening tended to be over-diagnosed – in other words told there was something wrong when there wasn’t. The findings suggested a need to reassess the value of screening mammography, said the researchers.

You might think better safe than sorry but over-diagnosis is not benign. It brings a battery of testing and emotional trauma – sometimes long-lasting – that can also take its toll.

The study was highly contested but not long after another analysis in the Journal of the American Medical Association found much the same thing.

The systematic review of mammography research, which included randomised clinical trials, systemic reviews, and observational studies, covered more than 50 years of data, from 1960 to 2014.

The authors found screening mammography provided both benefits and risks to women across three age categories:  39-49, 50-59, and 60-69.

For those aged of 39-49, in order to prevent one breast cancer death, 1,904 women would need to be screened.  Essentially that means that 1903 women are screened without any benefit—a 99% ‘failure’ rate.

From the age of 60-69, to prevent one breast cancer death, 377 women would need to be screened. In other words the benefits do increase with increasing age, but the number of women that need to be screened to find one case of cancer is still high.

Had the study looked at women under 35 detection rates would have been even poorer.

Mammography is associated with false-positive results – that is detecting cancer that isn’t there. According to the researchers, from age of 40 to 50 years, over a decade of yearly screening, the risk of a false-positive is 61.3%. This will entail more radiological testing along with biopsies, surgeries, and of course increased anxiety.

Furthermore, each mammogram increases a woman’s risk of breast cancer since a mammogram uses ionizing radiation.  There is some suggestion that the risk is greater in women under 40 and indeed some researchers question the value of regular mammographies in women in women in this age group.

Not all groups agree leading to real confusion for women who are looking for straight answers. However, based on the weight of the evidence the US the Preventative Services Task Force, an expert group that reviews the latest research findings, recommends that mammography screening for most women should start at age 50 rather than 40, and that the frequency should be every two years (instead of annually) through the age of 74.

The American College of Physicians and the World Health Organization agree.

What else can you do?

You may still decide to have a regular mammogram, but remember mammograms don’t cure cancer nor do they prevent it. They can only detect it once it’s already there.

What women really need is more empowering information on how to prevent breast cancer.

Some cancers are linked to genetics but some aren’t. Fortunately there is plenty of evidence to support preventative measures – many of which are connected to diet and/or lifestyle.

Some things you can do right now to minimise your risk of breast cancer include:

Maintain a healthy weight Many studies have shown that being overweight increases the risk of breast cancer in postmenopausal women. Doctors believe this is because breast cancer is sensitive to levels of the female hormone estrogen. After the menopause, the main source of estrogen is from body fat. The more body fat you have, the higher the levels of estrogen in your body.

Eat organic instead Organic food has been shown to be higher in health promoting antioxidants and is, of course, lower in pesticide residues.

If you eat fish… Avoid farmed fish which is environmentally and ethically disastrous. Eat sustainably caught deep sea fish, which is less likely to be polluted with pesticides and other carcinogenic industrial wastes than fresh-water fish. These include Arctic char, halibut, orange roughly, red snapper, sea bass and tuna. Wild shrimp and lobsters from Australia, California, Mexico and New Zealand are also safe. See the Marine Conservation Society guidelines for more on sustainable fish.

Not all dairy is created equal While there is some evidence that high consumption of dairy products can raise the risk of breast cancer some forms of diary are more healthful than others.  When researching dairy scientists often lump highly sweetened dairy products (ice cream, whipped cream, sweet yoghurt drinks etc) in with more benign ones like natural milk and cheese. The high sugar and additive content of these may be a contributing factor to links between ‘dairy’ and breast cancer. But it you are still worried studies show that consuming fermented dairy, such as probiotic yoghurt, has been shown to reduce breast cancer risk.

Be cautious with soya In the West we have trouble understanding that more isn’t always better. When it comes to soya we tend to eat and supplement with much more soya than in traditional Asian societies. Soya contains plant estrogens which can up the risk of breast cancer for some women.

Supplement There is evidence to suggest that the risk of dying from invasive breast cancer is 30% lower among multivitamin/mineral users compared with nonusers. Another recent study found that women with breast cancer are twice as likely to survive the disease if they have high levels of vitamin D in their blood.  Yet another found that tiny levels of a vitamin A derivative, retinoic acid, can help turn pre-cancer cells back into normal healthy breast cells.

Watch for hidden parabens Parabens are preservatives used in a wide variety of cosmetic and studies suggest that they are estrogenic. In one study they were found in every single tumour sample taken from a small group of women with breast cancer. Even small amounts have estrogenic action linked to the spread of breast cancer and there is evidence that exposing human breast cell cultures to parabens can switch a call from being healthy to being cancerous. Choosing organic beauty products is a good way to avoid parabens and other nasty chemicals.

Limit alcohol intake which causes estrogen levels to rise sharply. According to Breast Cancer UK around 3,100 cases of breast cancer each year in the UK are linked to alcohol consumption.

Stop smoking. Do we really need to elaborate?

Filter your water Tap water contains varying amounts of industrial carcinogens. Even a simple counter top filter can help clean up your supply.

Avoid plastic food packaging Plastics contain estrogenic chemicals that can – under certain circumstances such as extreme heat or acidity – leech into food. Whenever possible, avoid buying canned foods or foods wrapped in plastic. If you must buy them, make sure to remove the food from the pack­aging as soon as possible. Use glass cookware for oven or microwave.

Avoid dyeing your hair as long as possible If you must, consider highlights and other methods which avoid hav­ing chemicals come in direct contact with your scalp. A lifetime of dying your hair, especially dark colours is linked to multiple types of cancer, including breast cancer.